I’ve been reluctant to embrace Facebook or Twitter. I did set up a Facebook account but can’t figure out how to link it to my WordPress blog and vice versa. People have suggested I do this to increase readership and subscribers to the blog. But despite this, and ever so quietly, over the last few months, so many lovely new folk have been joining us either Down by the Sea or Up the Mountain. It’s been wonderful to see new comments and to hear new “voices” as well as those of old friends on the blog. So I say, thank you to you all for sticking with me and welcome to all our new friends. And any advice on the Facebook button would be gratefully accepted….

So, back to the food today.  It’s been a while since my good friend Mr Ottolenghi made an appearance (at least, recipe wise) in my kitchen. A freezer full of chicken breasts (our least favourite part of the bird and what always seems to be left until last from our chicken despatch sessions) needs to be dealt with.  “Flavour, flavour and more flavour”, I say and this easy recipe (which I adapted a little due to lack of ingredients) really did the job. 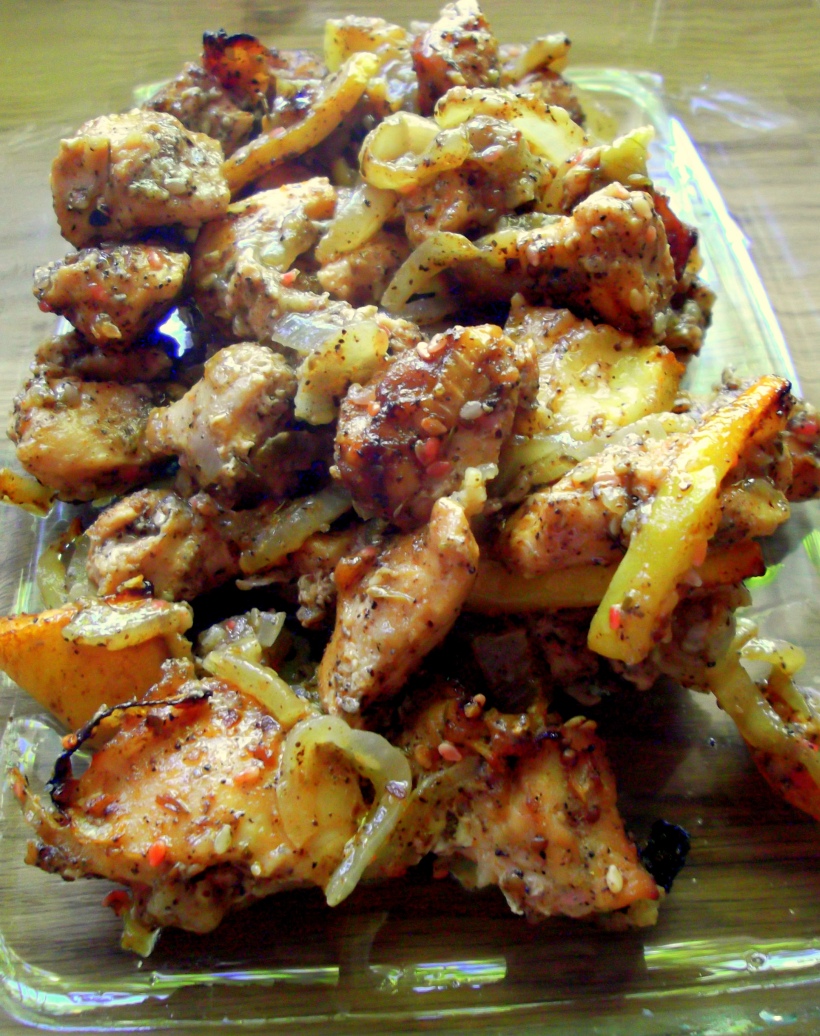 I have given both my version and Mr O’s version below.

Mix the chicken with all the ingredients and leave to marinate for a few hours (which I did) or overnight. Bring to room temperature and cook in a hot oven in a dish which allows you to spread everything out. Mine took about 40 minutes to cook, allow longer for a whole chicken.

In the original recipe, the za’atar is sprinkled over just before cooking and it is served sprinkled with pine nuts fried in butter and chopped parsley.

I served it with rice cooked with pepper and peas and the taste was beautiful, the chicken juicy and very similar in taste to a Spanish “pinchito” or little kebab and the lemon was sweet and caramelised. Definitely a dish to make again!

67 thoughts on “Chicken with Za’atar and Lemon – and a “Thank You and Welcome”!”