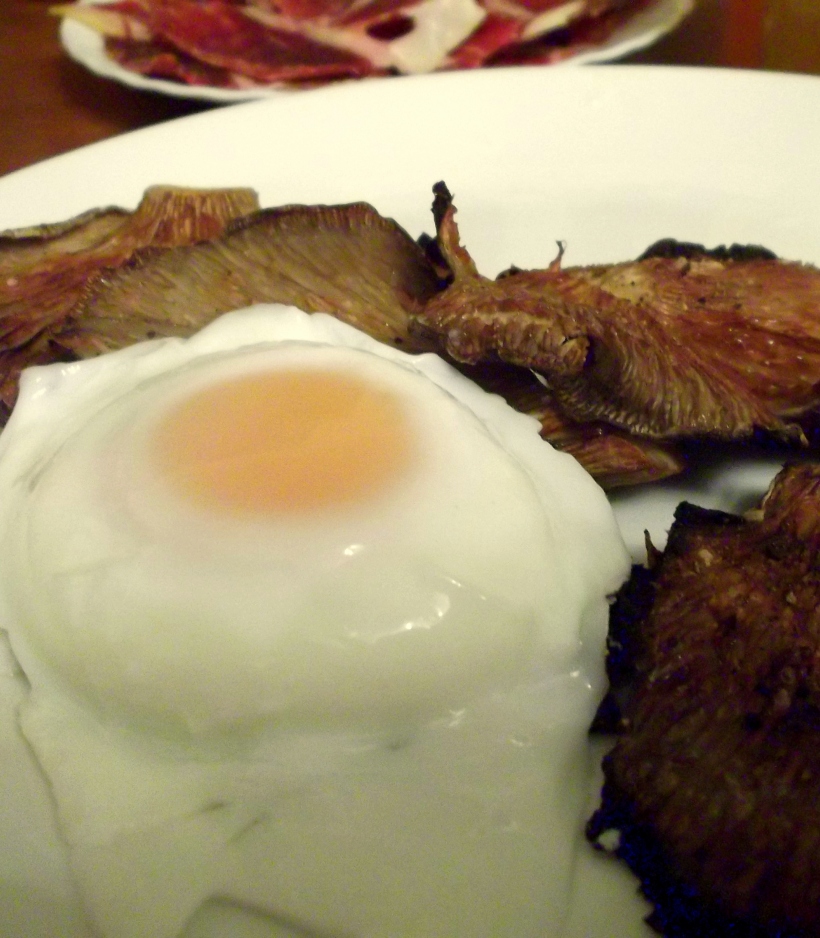 I have mentioned previously that we have some mushrooms growing, intentionally I might add, in our garage.  It was a slow start, but we are now getting regular supplies of oyster mushrooms to enjoy. 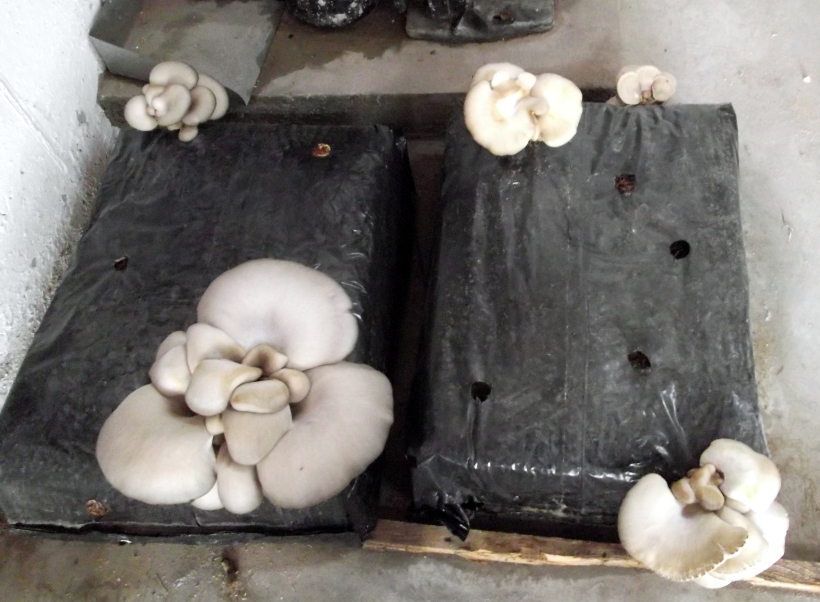 After a week away, they had gone a little crazy, and some of the ordinary mushrooms which we are also growing had turned into monsters which I´ll chop up and use in sauces or soups. 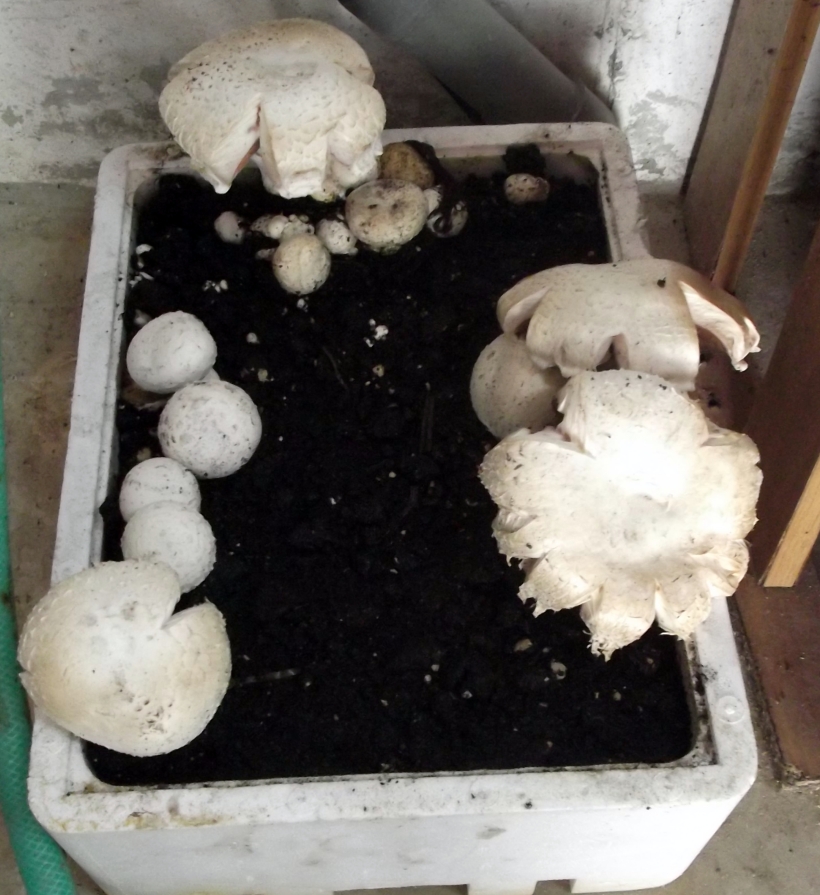 Back from London with not much in the fridge, we had to “make do and mend”, as my grandmother used to say.  The fire was blazing merrily, so we put some of the larger mushrooms onto our parilla (which is a grill which you can sandwich things between) and cooked them over the embers of the fire. You could do this over a barbecue or even under the grill (for grilling I´d recommend you brush them lightly with oil first).

Once they were done we seasoned them with Maldon sea salt, freshly ground pepper then drizzled some olive oil over and added a little squeeze of lemon juice. With a softly poached egg and a plate of jamon we enjoyed a simple supper but felt that we had dined like Kings!

PS. Our dogs Luna and Alfi stayed with our lovely neighbours while we were away. Our dogs love being there and they get loads of walks.  It seems this week they discovered the joys of goat manure and spent lots of time playing in it, which was much less fun for our neighbours who had to deal with two very stinky dogs.  Alfi is now in need of a major haircut and they were both happily exhausted yesterday when we got them home.  I took this snap of them “recovering” from their week of fun whilst trying not to laugh too much at Alfi´s lack of energy to get either into or out of the bed. 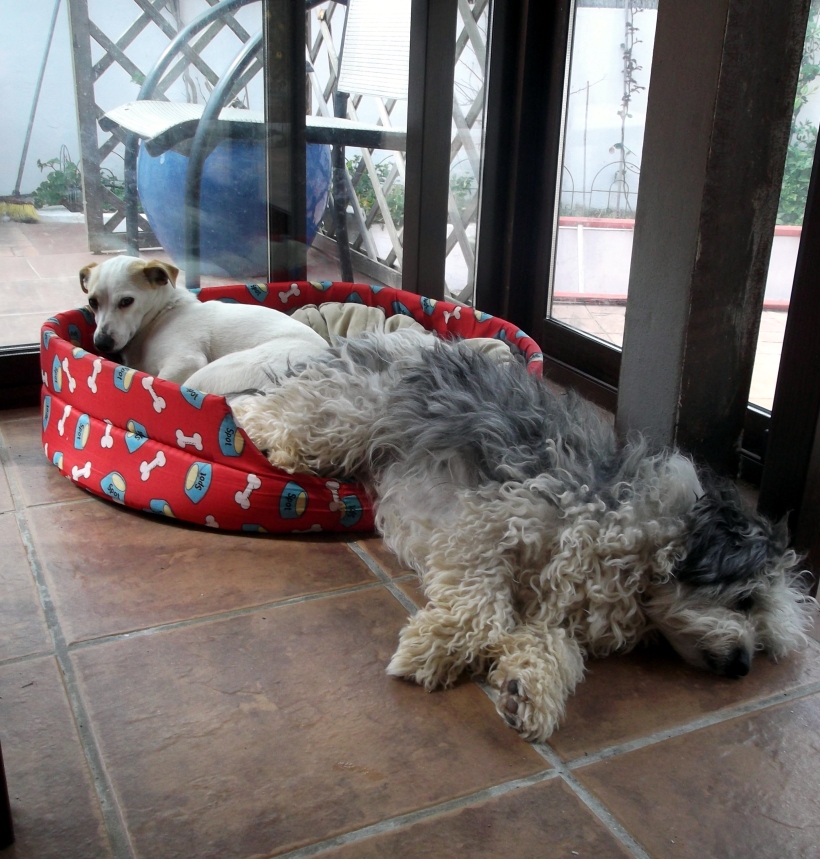